How to Properly Dispose of Your Motor Oil

The Environmental Protection Agency estimates that about 185 million gallons of used motor oil are improperly disposed of by consumers each year—dumped on the ground, tossed in the trash, or poured down the drain. In fact, improperly dumped motor oil releases about 25 times more oil into the environment than spills from all modes of oil transportation combined. 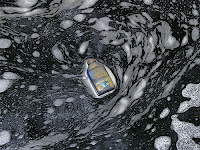 When dumped down the drain, this improperly disposed oil either goes straight to the fresh water supply or the ocean, contaminating water that could be used for drinking, the subsistence of aquatic life, or recreation. According to the API, recycling the motor oil from just one oil change protects a million gallons of drinking water, or a year’s supply for 50 people.

Jiffy Lube is the designated used-oil collection center for dozens of municipalities throughout the United States. Jiffy Lube service centers collect the used oil from your oil change, along with oil brought in by do-it-yourselfers, and send it to a recycling center.

Used motor oil is not put back into automobiles. Most often, it’s re-refined and used to make heating oil, asphalt, and other lubricants. In addition, it’s often used in the oil/petroleum refinery industry.

The next time you have your oil changed or you change it yourself, be sure to take your used oil to a designated oil collection site, such as an Jiffy Lube of Indiana service center, for proper disposal. By collecting used oil at every oil change, you can do your part to protect our environment and stop the unnecessary and dangerous disposal of used oil.